Note! - Download the latest version for the best experience!

You're a thief who is afraid of darkness, but your boss doesn't know that and he sends you out to do his dirty work in the middle of the night. You must stay on the edge of darkness so you don't pass out and don't get caught by the guards.

This game was made for VimJam 2 (10 days)
Requirement: Boss
Theme: On the edge

Controller (Xbox):
- Left joystick for movement
- Start or B for pause menu
- X or Y to interact
- Select to restart
- A or RT to drag/hold

This is a very short experience (5-15 minutes), but I hope you enjoy it nonetheless. Thank you for playing and post your times!

Linux and Mac builds are not tested, please let me know if they worked or not!

This is a winner i can feel it

Reply
ChillinWinston22 days ago(+1)
Thanks so much for this experience! I love when storytellers will write a contradictory character, meaning a character that does something that plays directly against what they'd like to do. If you've never seen Monk, I'd recommend it, because the title character, like your protagonist, is constantly thrust into situations that he would much rather avoid. It creates humorous situations, and in your game, it's actually a MECHANIC in that the "life bar" if that's what it can be called is affected by how long the character is in the dark. I thought that was very creative. The music was, as noted by other comments, extremely addicting and funky fresh. I edited it out because I honestly thought it would be annoying to people, but like a good 3 minutes of commentary for me was just making up songs to the music, which is a good sign that the music is fun to listen to and absorbing. I also thought that the level of difficulty was very balanced: challenging, yet not so hard that I gave up after a few times. I kept coming back after getting caught because I still believed I could beat the levels. Excellent work! Shout out to Boss Ross.
Reply
ItsGeppy22 days ago (2 edits)

Super entertaining to watch :D Seems like you were playing the jam version (0.1) where the intro is still broken, but at least you found the light switch! Not everyone found it :) Thank you so much for playing, recording it and your feedback!

Awesome art style and super catchy music. The game loop is a bunch of fun and also noticed a few Easter eggs hidden in the levels, whats not to love. 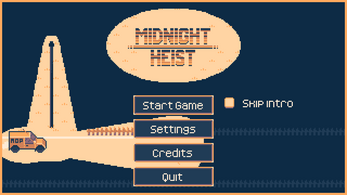 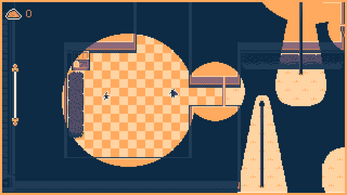 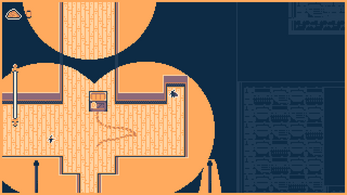